In a note describing her transcendent, triumphant new novel, An American Marriage (Algonquin Books), Tayari Jones writes that in order to “tell the story of Celestial and Roy, whose young marriage is tested by forces beyond their imagining, I had to explore my own understanding of love and loyalty. I had to wonder how I would manage the anger of Roy, an innocent man behind bars. I had to walk in the shoes of Celestial, an ambitious young woman asked to stand by her man while her own life passes her by.”

Jones, author of the best-selling Silver Sparrow and two other novels, is a genius at tackling big-picture subjects such as love, identity, race, loyalty, and injustice. Using a profoundly intimate narrative lens, Jones homes in on an Atlanta-based African American couple: Celestial (“she wore her pedigree like the gloss on a patent-leather shoe”) and Roy (“all my life I have been helped by leg-up programs”), who have only been married a year and a half. The novel is written in alternating chapters voiced by Celestial, Roy, and Andre (“Dre”), the best man at their wedding and Celestial’s closest friend from childhood. The fates of all three intertwine in Jones’s gorgeous, measured prose. On a visit to his mother and stepfather in Louisiana, Roy is charged with a rape he did not commit. Sentenced to 12 years in prison, Roy, a Morehouse College graduate who’s had a good job as a salesman, is cut off from the comfortable, upwardly mobile lifestyle he has worked from scratch to achieve. Celestial is creative and independent, with a fine arts degree and an entrepreneurial flair that she inherited from her father, a chemist and inventor. She knows Roy is innocent, as do both of their extended families. But she also is focused on work, which for her is creating a line of handmade artisanal dolls, inspired by poupées, that keep her “sewing like a crazy person, late at night.” 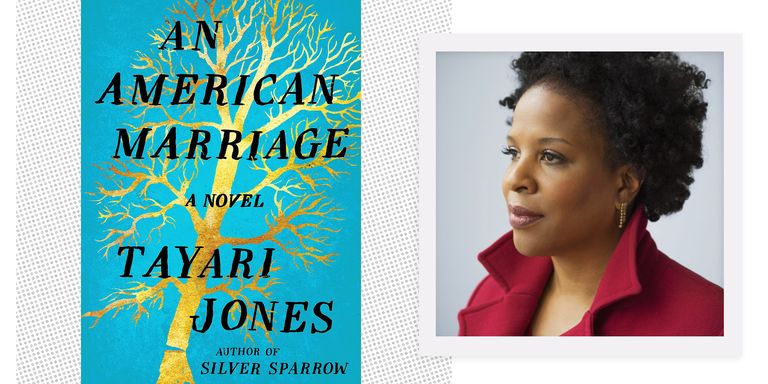 After three years, the dolls are bringing her artistic acclaim and a steady income, and she has come to depend on Dre for companionship. She writes to Roy, who shares a cell with an older man, Walter, known as Ghetto Yoda (whom Roy has yet to discover he has a personal connection to): “I can’t go on being your wife. In some ways I feel like I never even got to try my hand at that role…. The last three times I have visited, we said almost nothing to each other. You can’t bear to hear about my days and I can’t bear to hear about yours.” As Dre sees the situation, “How can I apologize for the nearly three years Celestial and I have spent as partners in life?… To whom would I make amends?” Besides, he reasons, “Celestial isn’t something you can steal like a wallet or even a bright idea. She is a living, breathing, beautiful human being.”

When Roy is released from prison after five years, the story takes yet another series of unexpected turns that will affect the lives of all three. Jones’s deft story pacing and breathtaking language make An American Marriage one of 2018’s best novels, a mere two months into the new year.

Here is Roy trying to write a love letter to Celestial from prison: “This love letter thing is uphill for me. I have never seen one unless you count the third grade. Do you like me _ yes _ no. (Don’t answer that—ha!) A love letter is supposed to be like music or like Shakespeare, but I don’t know anything about Shakespeare. But for real, I want to tell you what you mean to me, but it’s like trying to count the seconds of the day on your fingers and toes…. But now all I have is this paper and this raggedy ink pen. It’s a ballpoint, but they take away the casing so you just have the nib and this plastic tube of ink. I’m looking at it, thinking, This is all I have to be a husband with? But here I am trying.”

This article originally appears in the February 2018 issue of ELLE.