At Facebook’s f8 developer conference today, CEO Mark Zuckerberg announced an upcoming online dating feature. The service is ripe for matchmaking, given that 200 million people on Facebook list themselves as singles, he said. However, “this is going to be built around long-term relationships, not hook-ups,” Zuckerberg insisted.

Zuckerberg said he once met a couple who met over Facebook. But “the reality is today we haven’t built any feature to help people find a partner.”

Zuckerberg previewed a few screenshots of the feature, which will let you create a dating profile and meet singles outside of your friends.

Facebook’s dating feature will be opt-in. Users who unlock it will create a profile that friends can’t see, and singles can then view potential matches by checking out groups or events going on nearby. They can then start chats with other singles in a messaging app that will function outside of Facebook Messenger. 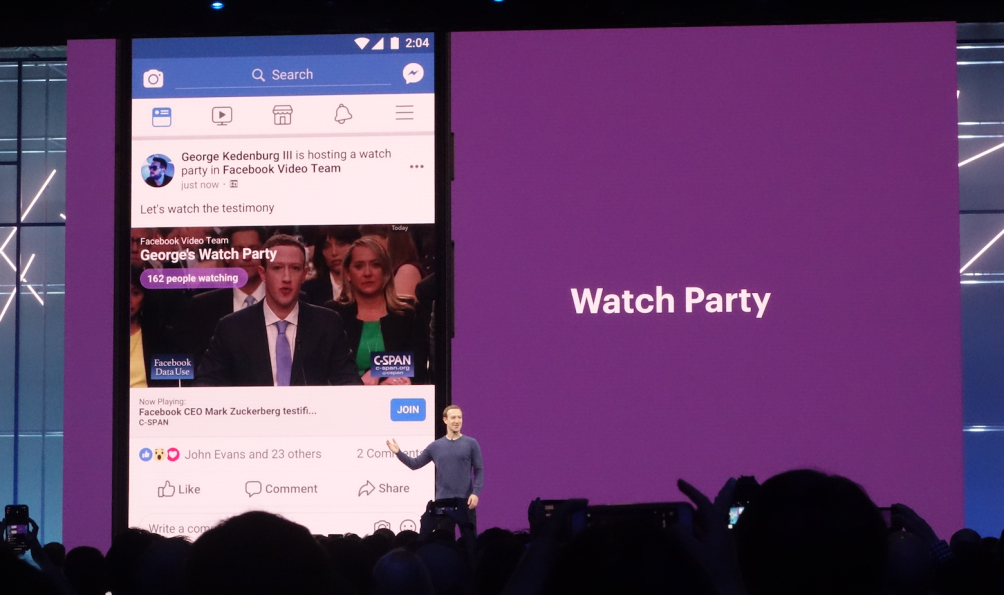 Also today, he announced “Watch Party,” which will let you watch online video together with your friends in a virtual chat room.

As an example, Zuckerberg showed his friends using Facebook to comment on his recent appearance on Capitol Hill.

“Now you can bring your friends together,” Zuckerberg said to chuckles. “You can laugh together. You can cry together.”

Another new feature is “Groups Tab,” which is rolling out today. It essentially shows you which groups you belong to, and others that might be of interest. Zuckerberg hopes it’ll help people grow their online communities faster.

The company is also building a “Join Group” button, which can send out invites for your group via email.